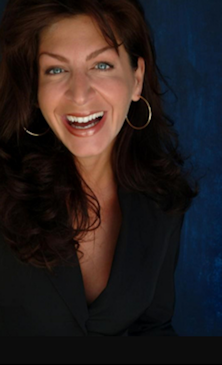 Don’t Miss the Return of the Hardest Working Woman in Comedy!

Arguably one of the hardest working women in comedy today, funny female comedian TAMMY PESCATELLI brings brassy sexiness and a witty sarcasm to her audiences, holding her own on the topics of sports, television, dating and family life using tongue-in-cheek humor. Tammy Pescatelli’s Way After School Special, her new special, is a highly anticipated follow up to Tammy’s award-winning Netflix special (also now on Amazon Prime), Finding the Funny. Tammy appeared on the highly acclaimed Showtime Comedy Special, Women Of A Certain Age 2, had a recent guest star role on Blue Bloods and was chosen to be one of the few hosts of Circle TV’s Standup Nashville: Live From Zanies.

Signed to Git R’ Done Records, Larry the Cable Guy’s label, Tammy took funny back in time with her successful album release, #TBT: THROWBACK TAMMY. #TBT debuted at the number 2 spot on iTunes and is in continuous play on SiriusXM, Pandora and many others. With a slew of other accolades under her belt – including co-creating, executive producing, writing and starring in her own reality show, A Stand-Up Mother, on the WeTV Network – Tammy has appeared on a number of television shows like The Tonight Show with Jay Leno (twice), Bravo’s Rocco’s Dinner Party, CBS’s The Talk, NBC’s Last Comic Standing: The Best of the Best, two of her own Comedy Central specials, and many, many more. Also a regular on USO Comedy tours, Tammy has entertained our troops all over the world.