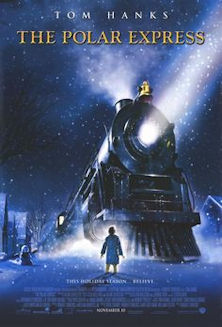 The Strand proudly brings back the beloved animated film that has become a yuletide tradition. A young boy embarks on a magical adventure to the North Pole on the Polar Express. During his adventure he learns about friendship, bravery, and the spirit of Christmas.

The film used 3D motion capture techniques to digitally record the physical performances of the actors before “skinning” them with their animated forms. All the children’s roles were acted by adults using oversized props to get the movement right.  In fact, The Polar Express is listed in the Guiness Book of World Records 2006 as the “first all-digital capture” film, where all acted parts were done in digital capture.

When the Hero Boy first meets the Hobo on the roof of the train, he is playing the carol “Good King Wenceslas.” The story of Saint Wenceslas I, Duke of Bohemia is that of a king braving the harsh winter to bring alms to the poor on the Feast of Stephan, December 26th. His page finds he can’t go on through the harsh conditions and is directed to walk in the footprints that the king has made in the snow. The Hobo directs Hero Boy to follow behind him and ultimately helps him reach the engine before they make it to the tunnel, thus allowing him to find and help his friend. This is also a representation of the Holy Spirit idea of the Hobo, that he guides those who believe in Him to safety, even in perilous times.