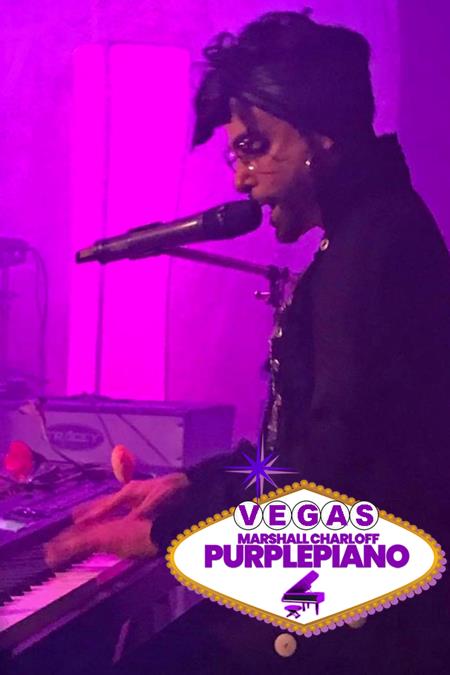 An Intimate One-Man Performance Dedicated to the Music and Artistry of Prince. Exclusive Area Engagement!

Prince’s final concert tour was just the iconic artist, his piano and a microphone. Prior to its start, Prince said, “I’m doing it to challenge myself, I won’t know what songs I’m going to do when I go on stage. I won’t have to, since I won’t have a band”. Ultimately, it was Prince’s final tour due to his untimely passing in 2016.

Unrivaled Prince Tribute Artist, MARSHALL CHARLOFF crafted The Purple Piano, which recreates Prince’s final tour, delivered with superb vocals and amazing musicianship on a single piano. It is an interactive and intimate show that any Prince fan will want to experience.

For over a decade, Marshall has established his dominance as the world’s leading Prince Tribute Artist.  Coming from fronting the greatest Prince Tribute show in the world, to working with The Atlanta Rhythm Section and writing and producing for The Commodores, Marshall Charloff created his solo tribute to Prince, the only prodcution of its kinds in the world!

The Purple Piano was so enthusiastically received that it landed a full-time residency in Las Vegas, delighting Prince fans from across the globe. The Purple Piano celebrates the soul and intimacy of Prince’s final concert tour, but takes it a step further as Strand patrons are treated, not only to world-class musicianship and engaging graphics and video, but fascinating stories about Prince’s life and career.

The Purple Piano is a truly satisfying artistic and interactive experience for fans of ‘The Purple One’!