Superstar: The Songs. The Stories. The Carpenters 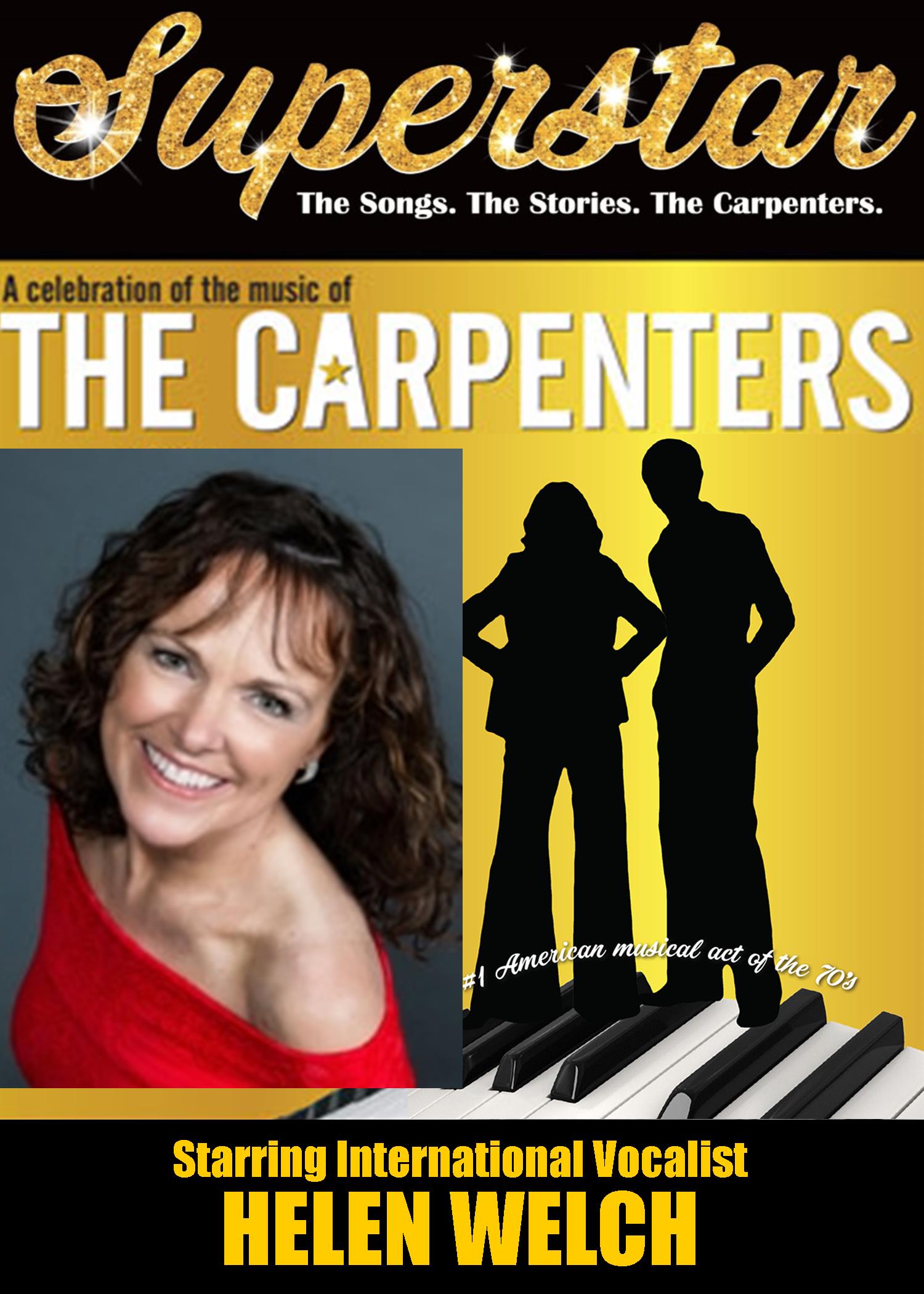 International Vocalist Helen Welch Captures the Spirit of The Carpenters Music and Legacy.

A celebration of the music that moved a generation. With blessings from Richard Carpenter himself, internationally acclaimed singer and Grammy-nominee Helen Welch offers a fresh perspective on the music of The Carpenters in Superstar!

Intertwining all the songs you know and love with fascinating back stories, Superstar takes us on a nostalgic journey that honors the brother/sister pop duo’s brilliant career.

Helen’s velvety alto voice and charming sense of humor are a perfect fit for her band’s spot-on arrangements of Close to You, We’ve Only Just Begun and Top of the World, to name just a few.

Helen Welch is an acclaimed vocalist, entertainer, producer, and band-leader. Her unique talent for arranging songs to make them her own, coupled with her ability to intimately engage her audience, has quickly earned her a large and devoted following around the globe.

She has headlined with world-class organizations such as the BBC Big Band, Glenn Miller Europe, Opus One, and others at some of the UK’s most prestigious venues. Additionally, she held starring roles in a variety of popular musicals including Hello Dolly, Barnum, Carousel, 42nd Street, Calamity Jane, and Oliver Twist.

EXCLUSIVE ENGAGEMENT! If you don’t see it here, you won’t see it anywhere else in the Pittsburgh region!