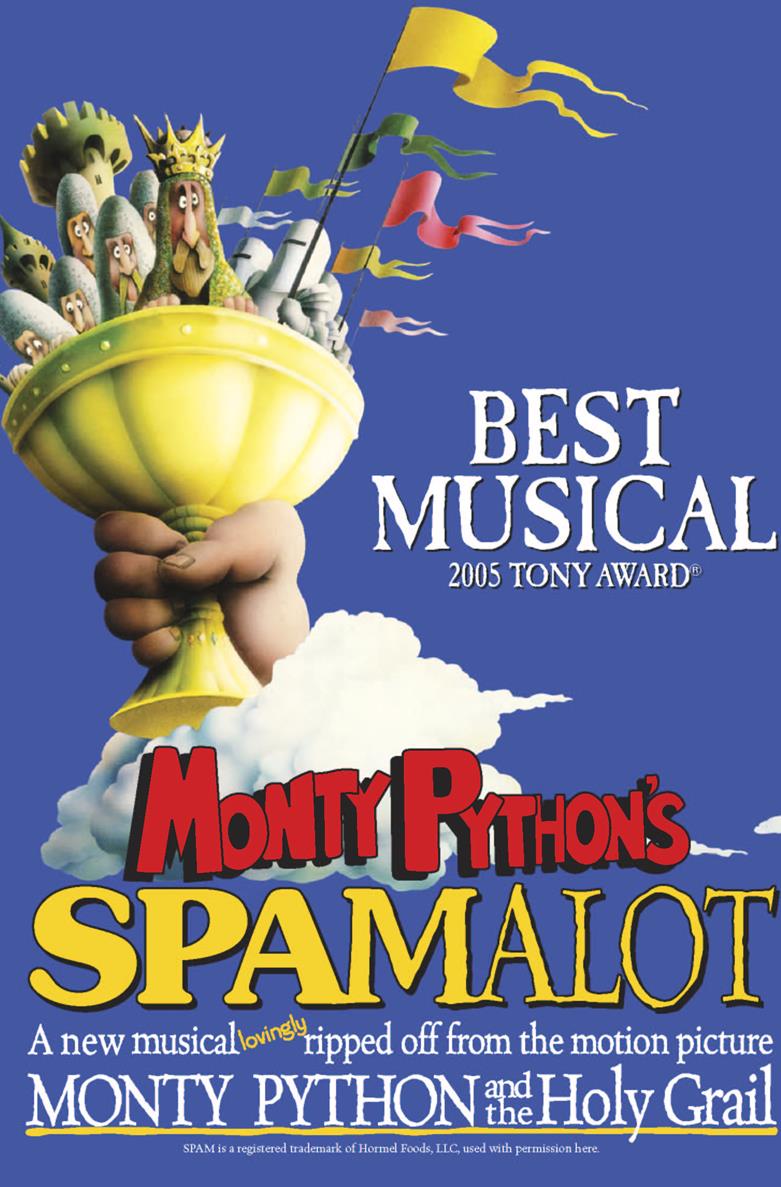 The Tony-Winning Musical Comedy Lovingly Ripped Off, We Mean Inspired by, The Film Monty Python & The Holy Grail

With everything going on in the world, we all need to be able to laugh a little more……ok, a LOT more. This is the logic behind the decision for this year’s fall musical, a musical with little logic whatsoever!

Monty Python’s Spamalot is a comedic musical “lovingly ripped off from” the film Monty Python and the Holy Grail (1975). Like the film, it is a highly irreverent parody of the Arthurian Legend, but it differs from the film in many ways, especially in its parodies of Broadway theatre. It won three Tony Awards, including Best Musical.

Whether you’ve seen Spamalot once or a dozen times, you haven’t seen it in the intimate setting of The Strand, where we nearly make the audience part of the English peasantry!

Monty Python’s Spamalot is part of our all-new Broadway On Main Subscription Series; which features a Broadway or National Tour star as the headlining cast member! Enjoy this show along with Motown 3 and Remember When: Old Time Radio, and get a fantastic discount along with other benefits like no-hassle date and seat changes, priority alerts of new shows and a free concert that is only available to Subscribers!

$30 with Broadway On Main subscription!