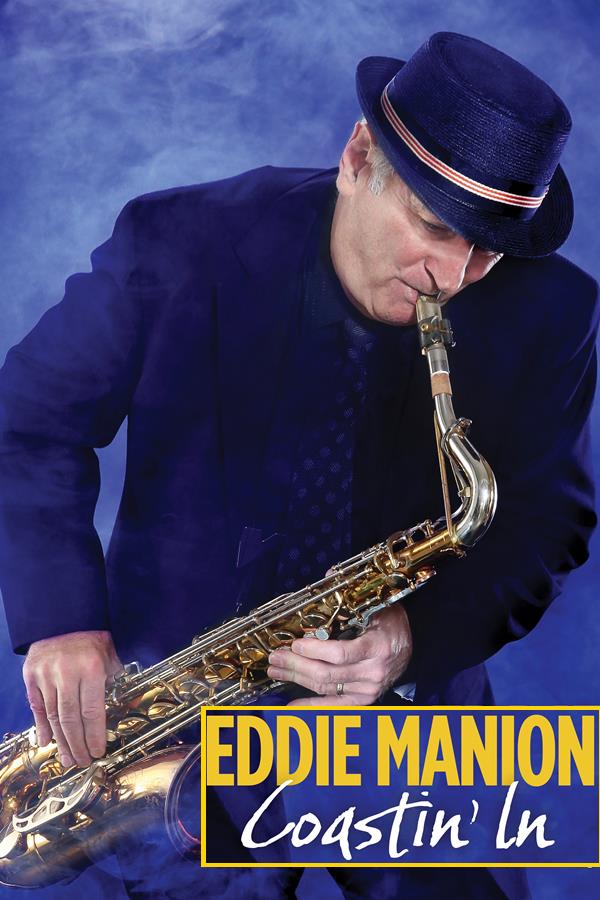 It's a pleasure to welcome back Eddie Manion and his 'Texas Tenor' brand of R&B and Rock & Roll sounds! Manion has played alongside long time friends Bruce Springsteen, Steven Van Zandt, and Southside Johnny for many years. Most recently, Manion completed a worldwide tour with Van Zand's Little Steven & The Disciples of Soul. From 2012 - 2014, he played 167 shows in 27 countries with Bruce Springsteen and the E Street Band.

On top of all of that, Eddie is a Navy veteran and he plans to honor all those that served or continue to serve this great nation as members of the Armed Forces. For this Memorial Day weekend concert, expect some stirring, patriotic favorites along with selections from his new CD, Coastin' In and plenty of popular Blues, Rock, R&B and Jazz covers that you'll know and love!

Coastin' In's instrumental tracks showcase Manion’s distinctive work on tenor and baritone sax, as well as his sublime arrangement skills. The resulting album demonstrates why Manion has earned his status as one of music’s most in-demand horn players.

Eddie "Kingfish" Manion entered the world of Blues, R&B and Jazz while a member of the Robert Cray Band and this influence has never left. Playing both tenor and baritone sax, Manion's Roots Rock tone earned him a place in the touring bands of Diana Ross, Dave Edmunds, and Willie DeVille to name a few. He has toured several times with Springsteen, including the 1988 Tunnel of Love tour and the Seeger Sessions tour in 2005.

"As a sideman, I have a lot of experience helping artists to realize their own musical visions," says Eddie Manion. “But this project is about what moves me, and about the sounds and emotions that are in my head and heart. When I listen to it, it sounds like me.”

Click the image above check out Eddie's new video that was created to coincide with the CD's release. It's sure to put a 'Smile' on your face!