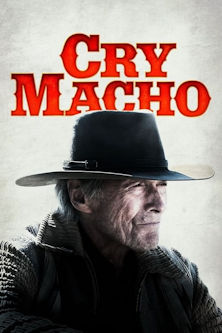 A one-time rodeo star and washed-up horse breeder takes a job to bring a man’s young son home and away from his alcoholic mom. On their journey, the horseman finds redemption by teaching the boy what it means to be a good man.

Another ‘development heck’ story! There had been multiple attempts to get this project made prior to Clint Eastwood’s adaptation, as the project remained on a shelf for about 30 years. In 1991, production on an adaptation began in Mexico with actor Roy Scheider in the lead role, but the project was eventually scrapped soon after.

Another attempt was made in 2011 with Arnold Schwarzenegger in the lead role. It would have marked his return to acting after his term as California Governor. But like the Scheider version, the project was canceled before production could get very far.

Clint Eastwood was offered the role of Miko in 1988, but did The Dead Pool (1988) instead. However, he offered to direct, and suggested Robert Mitchum for the role

The project took so long to get made that it was finally released 21 years after the death of author and co-screenwriter N. Richard Nash.

Clint Eastwood wrote one of the music themes that occur multiple times in the film. It is called “Time Lapse”. In the official soundtrack, he also performs it.

Macho the rooster was played by 11 birds.